Imports of kids' pain and fever meds are coming, but critics say supply is fragile

Emergency supplies of pain and fever medication are expected to arrive soon at hospitals overwhelmed by respiratory illnesses but observers say more can be done to guard against future drug shortages.

Health Canada says special imports of ibuprofen from the United States are awaiting distribution, while acetaminophen imports from Australia are imminent.

The agency did not disclose how much was expected or how stock will be split among hospitals, but promised “fair distribution of supply across Canada.”

“Importation of ibuprofen has occurred, and distribution to hospitals is expected to begin soon,” Health Canada said Wednesday in an emailed statement.

The extraordinary measures follow a months-long shortage of children’s pain and fever medication that has sent many parents and caregivers scouring bare shelves and swapping tips on drug sightings.

Health Canada pegged the problem to “unprecedented demand since the summer,” with stock “limited” at stores and hospitals in various parts of the country. Observers point to a complex web of factors driving demand, limiting supply and complicating any attempt at a quick fix.

WHY IS THERE A SHORTAGE?

It all started with a spring shortage of a specific brand of acetaminophen, which in turn sparked a secondary strain on alternative brands and products including those containing ibuprofen, says drug policy expert Mina Tadrous, assistant professor at the University of Toronto's Leslie Dan Faculty of Pharmacy.

That was followed by an unusual late summer emergence of respiratory syncytial virus, a common fall and winter illness in children known as RSV, that continues to slam hospitals today.

In addition, the fall has ushered in “tremendous numbers of patients” hit by influenza and COVID-19, says the emergency medical director for the pediatric emergency department at Children's Hospital at London Health Sciences Centre in London, Ont.

“This year is extremely difficult,” Dr. Rod Lim said earlier this week. "We are seeing viruses circulate at different times than we have traditionally."

Parents have been understandably alarmed, but the media coverage may have led some to stockpile bottles and worsen the problem, Health Canada’s chief medical adviser Dr. Supriya Sharma suggested during a media briefing Oct. 7.

The industry group Food, Health & Consumer Products of Canada has said drug companies including Tylenol maker Johnson & Johnson and Advil producer Haleon have ramped up production to address the spike in demand.

But this is unfolding in a very unusual year, adds the president of a group representing pharmaceutical distributors.

Angelique Berg of the Canadian Association for Pharmacy Distribution Management notes inventory usually builds steadily from May through August, filling the supply chain in preparation for the demand of cold and flu season.

"However, what happened was the demand shifted so much earlier and lifted so much more sharply that even trying to catch up is a mad task for producers," says Berg, noting that spring and summer stock was depleted much earlier than anticipated.

"I think everyone in the supply chain was hopeful that (demand) would taper off. It has not tapered off."

Tadrous says it's not easy for a drug manufacturer to pivot with such turns in demand: "In most cases, it takes months for supply chain to be corrected."

Tadrous points to myriad factors that go into production that include the sourcing of raw materials, factory schedules, labour issues, and bottling, labelling and shipping details.

"These supply chains are global, there's drugs being made in one place and being distributed around the world. They have to label them and make boxes and there's probably some drugs flowing from one factory to another factory to a third factory,” he says.

WHAT IS HEALTH CANADA DOING?

Health Canada says it's working closely with manufacturers and distributors of pediatric/infant and children’s acetaminophen and ibuprofen products to get more supply to community pharmacies and consumers.

Any imports would be assessed to make sure they reliable, safe and effective, said Sharma, but she noted that special labelling requirements are an additional step needed to ensure consumers understand how to use the item.

In addition to shipments from the United States and Australia, Health Canada said it was considering more proposals to import foreign products, and that any such products would include information in both official languages.

WHAT MORE CAN BE DONE?

Duffin, who tracks drug shortages on her website CanadaDrugShortage.com, rattles off myriad issues that contribute to shortfalls of all sorts of medications well beyond acetaminophen and ibuprofen, but notes many of the most substantial fixes would require global co-operation including the industry's largest drug makers.

"We have to grow up as a country and start paying attention to them, and not trying to think that we can solve it within our own borders, because we don't make the drugs here. So we have to engage in an international conversation."

A stockpile of certain drugs could help when unforeseen demand emerges, suggests Tadrous, but then we'd have to decide what's worth putting in that national supply.

"We can't stockpile everything. You also worry about wasting money buying all these drugs, and then they kind of go out of commission, they expire."

Domestic manufacturing is another gap, he suggested.

"You want to start making sure that you incentivize more manufacturing, local manufacturing, manufacturing coming in from multiple countries, not just one site, having a dynamic market there," says Tadrous.

— With files from Holly McKenzie-Sutter in Toronto.

This report by The Canadian Press was first published Nov. 10, 2022.

Céline Dion says she has 'stiff person syndrome.'  Here's what that means

'Why won't you search for us': Family of slain woman in Winnipeg take call to AFN 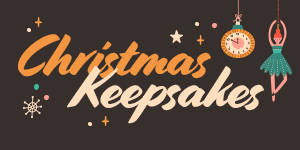